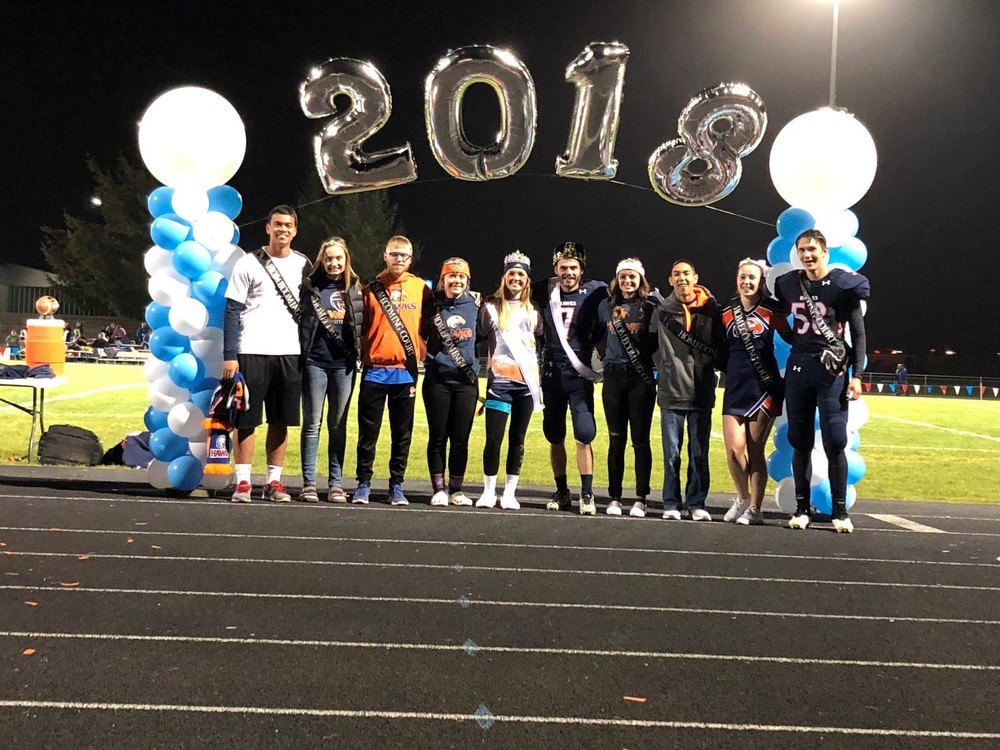 Your 2018 Homecoming King and Queen are Kyler Tiner and Madeline Weaver. We interviewed them after their coronation and here were their reactions.

Tiner: “I feel really shocked, but it feels really good to know that I have so many people that support me and that people look up to me as a role model”

“How were you feeling before the balloons popped?”

Tiner: “I was really nervous and my heart was just pounding in my chest”

“Did you think that you were going to win?”

Weaver: “No, honestly no. I was actually pretty indifferent about”

“So, now that you’ve won, does that change your view on the dance tomorrow?”

Tiner: “This just means that I’m probably going to have to be there on time. Either way a dance is still a dance to just enjoy and be with your friends”

Weaver: “No, I was already pumped for the dance before so I don’t think that I can be even more pumped”