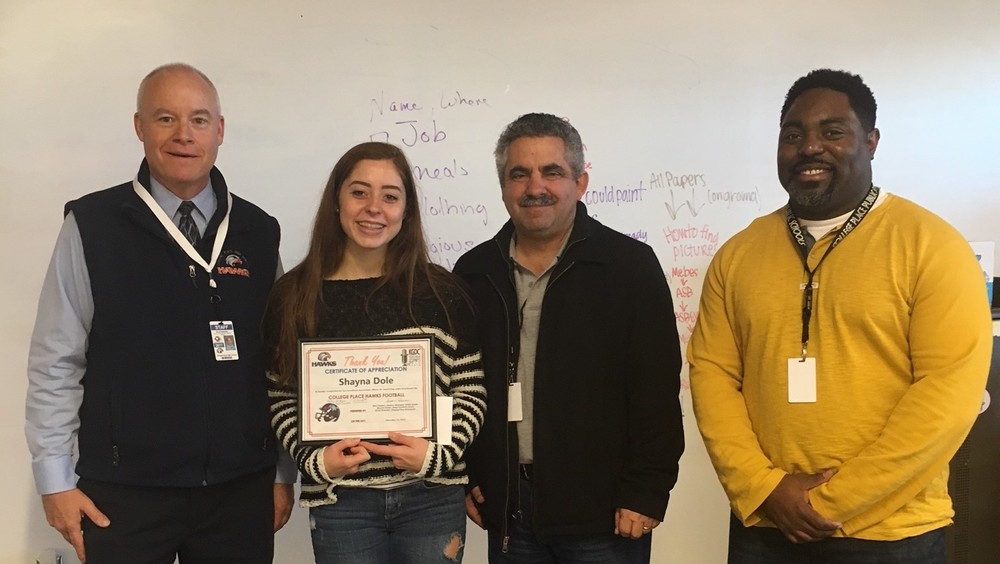 Media 2 Producer Shayna Dole was presented with a plaque for her work with KGDC Radio during football season.  Shayna organized, performed and edited student, staff and coach interviews that were played during half-time during Hawk's football games.  This served as great experience for Shayna and will serve as a valuable portfolio piece.