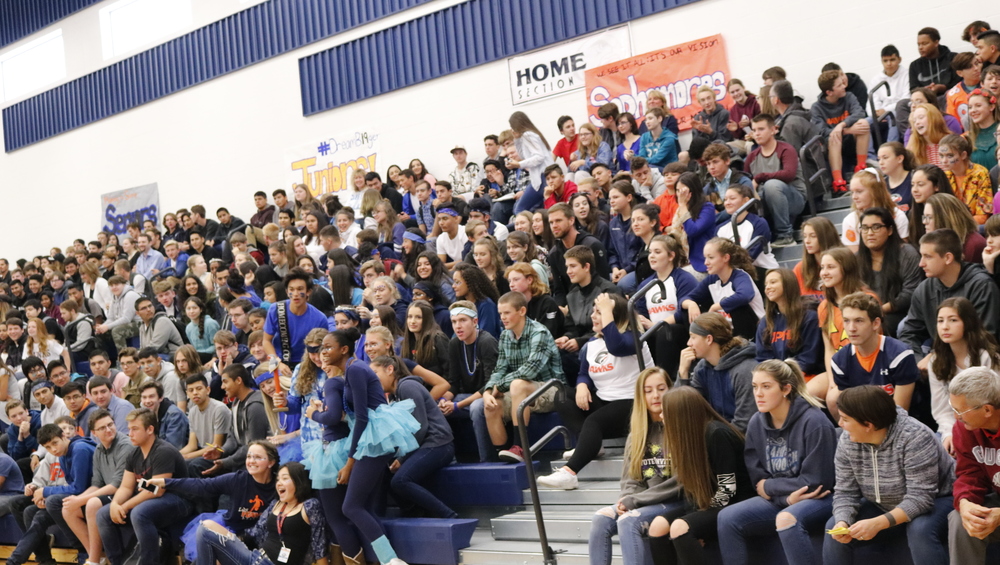 This is the second Homecoming assembly where we played a sleeping bag race, water bottle knockout and a game where you had to find a teachers name on the plates. The sophomores were on fire due to winning several rounds of games until the freshman beat them in one round of the sleeping bag race and juniors won in the water bottle knockout. But the sophomores did win the spirit stick.